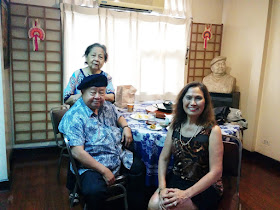 I am heartbroken, but not very surprised because her husband had passed away on January 6, 2022. They were a close couple, having married in 1949, and were inseparable.

The Cebuana writer, Lina Espina Moore, introduced me to Frankie and Tessie back in 1988 when I had my first short story collection, Woman With Horns and Other Stories. Lina arranged with the Joses a book launching at their iconic bookshop, Solidaridad.

Frankie and Tessie liked Lina and they extended their generosity and kindness to me. When I was visiting Manila, I often visited them, and I launched several books at their bookshop. 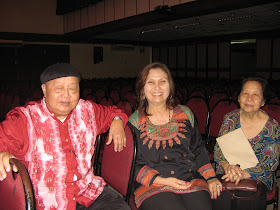 They  took on the role of being spiritual parents of Filipino writers, but  I always felt I was a "favorite daughter." They always greeted me warmly when I visited, went out of their way to take me to lunches or merienda at the Indian restaurant next door to their bookshop, or a Chinese restaurant during Chinese New Year, or Solair when it first opened. On two occasions, they even took me to some other writers' book events. And Hendri Go and I had the privilege of driving to Quezon City with them, walking around the Mall (their form of exercise), and having dinner there. This made us feel like family members, or favorite son and daughter at least.

I think Frankie and Tessie made many other writers feel welcome and favored, but I felt there was a bond between me and Tessie because her father had been a doctor in Cebu's Eversley Leprosarium so she knew Cebu and the language. She and I used to talk in Cebuano about writers and books and bookselling; and Frankie and I used to also talk shop, about the challenges of being writers, books being remaindered, and so on.

I had arranged for a book launch at Solidaridad in February and was looking forward to seeing Tessie. That will never be.

I am sharing some pictures of me with these famous literary couple. Rest in peace, Tessie Jose. Rest now with your husband Frankie. 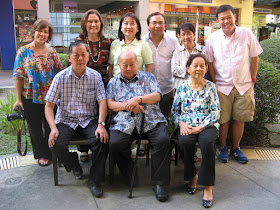 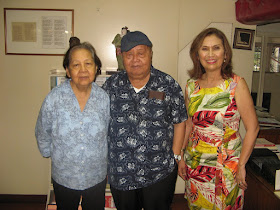 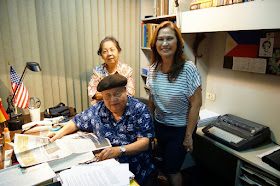 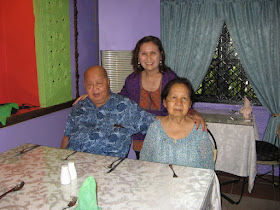 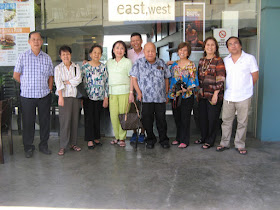 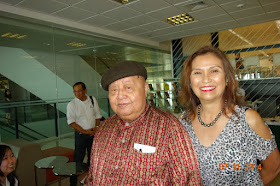 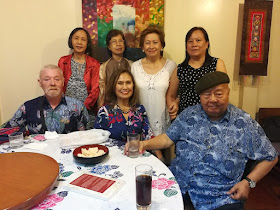 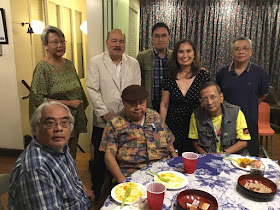 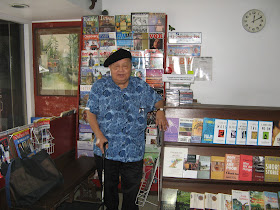