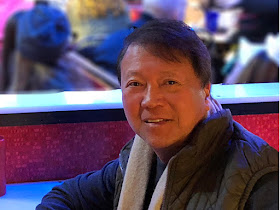 My Guest Blogger is Manny Gonzalez. This appeared in the Philippine Star, November 26, 2022. It is reprinted in my blog by permission of the author.  Thanks to Manny Gonzalez. 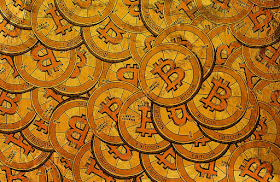 Mr. Gonzalez brings a unique multi-disciplinary perspective to this issue – public policy, financial analysis, and technology. As an officer of the World Bank, Mr. Gonzalez advised governments and financial institutions; as an investment banker he designed financial derivatives and assessed IPOs. He has been awarded 7 US Patents related to gathering information on the internet (uspto.gov, Inventor: Gonzalez, Emmanuel). He is now a successful entrepreneur. MBA Columbia University, Robert J. McKim, Jr., Fellow, and Roswell McCrea Award winner. For more details and list of publications, please see www.plantationbay.com/Credentials.asp.

In two previous articles published in the Philippine Star in 2018 (“Bitcoins — The Emperor Has No Clothes” and “Bitcoins AND Blockchains - Murphy’s Law”), I attempted to warn readers of the lack of logic behind cryptocurrencies. This year, 2022, my views were echoed by Warren Buffett and Paul Krugman.

One point made in my 2018 articles was: “Instead of handling crypto-money directly, you might work through an exchange (like a stockbroker or bank, but almost surely less trustworthy). . .”  Recent events seem to bear out this skepticism.

In fact, most of the recent “investors” in cryptocurrency do not actually hold cryptos. There are too many practical problems in obtaining and safeguarding the very complicated alphanumeric key-codes required. If you were to mis-type one letter, or lose the USB you stored your codes on, or suffer a targeted home invasion, your money would be lost forever. In addition, directly trading or transferring cryptos is cumbersome and costly.

So most crypto investors just choose to buy their crypto through an “exchange” — they give the exchange old money (e.g., US$), and get Bitcoins in return. (For convenience let’s just call these Bitcoins, while understanding that there are many different cryptocurrencies out there.)

Except they don’t actually get Bitcoins. They get an accounting entry, the exchange’s promise to give them the US$ value of those Bitcoins, at whatever then-market price.

This trend is in itself based on a compound fallacy. The original premise and appeal of cryptos was that they were anonymous, decentralized, and outside the control of any Government. Now the investors are investing through well-known exchanges which know each customer’s name, address, and probably bank; which are central clearing-houses for many investors; and which are after all just corporations incorporated under the rules of one government or another, and subject to that government’s oversight. Indeed, many crypto investors are now clamoring for the government intervention they supposedly despise.

So all the philosophical premises of cryptos, all the reasons they were “the money of the future”, are directly and indisputably invalidated by the rise of cryptocurrency exchanges.

This brings us back down to earth, financially speaking: Fine, we’re not anonymous, we’re now taxable, we’re subject to the rules and whimsies of the exchange, and astute governments can even recover Bitcoins stashed by criminals. But there’s still the exchange’s promise to pay us, right?

Like every promise, it’s only as good as the one making the promise. Here’s what an honest, competently-run exchange will do:

1. Get real money (e.g., US$) from the customer before anything else. If it does this, then at least it’s not outright stupid.

2. Maintain very, very tight control over its many crypto alphanumeric codes so as not to get hacked. (One entity had such tight control that when its founder died, all the digital keys were lost. Or he may be living in Brazil. Either way, the depositors were wiped out.)

3. Not waste money on high overheads in salaries, rents, and advertising.

4. Not be tempted to “make a market”. “Making a market” means that, when either buyers or sellers are lacking for a particular crypto, the exchange as a matter of policy steps in at its own risk to fill the gap, providing liquidity. This is useful for the overall market, but entails risk for the exchange that engages in it.

5. When you place an order to buy or sell a crypto, the exchange actually buys or sells it. If it does this religiously, it will have a balanced book, and be mostly immune to any market price movements. But no one is really watching.

And that’s it. Most crypto exchanges got #1 right. Several exchanges already went bankrupt on 2. The jury is out on #s 3, 4, and 5.

Have you heard of FTX, the estimated US$ 40 Billion bankruptcy? It violated at least 3 and 4. It may have violated 5. FTX was founded in May 2019, when Bitcoin (that specific crypto) was worth US$6,000, more or less. FTX’s founder, a very smart person, is on record as saying that cryptocurrencies are just hyped-up vapor. Yet people wanted to give him real money to buy vapor. So he took it. The temptation to simply pocket clients’ money (without actually buying the cryptos) must have been intense — US$ 6,000 in exchange for nothing.

Except that cryptos then rose in market value over 10 times.

As the prices rose further and further, some customers must have wanted to cash out. But if FTX had not bought and therefore did not own the cryptos on behalf of the customers now selling, it would have had to pay for the customers’ gains out of its own pocket.

Solution? Exaggerate financial prospects in order to raise more money, not from customers, but big-time investors in the exchange itself. They should have looked at the expensive and totally unnecessary offices in Hong Kong and the Bahamas, but didn’t.

So where are we now? On the theory that some other exchanges were even smarter than FTX, and colluded with each other to sell short near the highs, those exchanges will hope the price keeps dropping. (Collusion to drive prices down is illegal in stocks, but not in cryptocurrency. You want to be free of government meddling? You got it.)

My 2018 articles were greeted with scorn and derision by the crypto-faithful, calling me a dinosaur incapable of grasping new technology. So just let me remind readers of another quote from those articles: “You might make your fortune in Bitcoins, so don’t let me rain on your parade.”

Keep the faith. Lots of luck.