Book Review for Linda Ty-Casper's Book: WILL YOU HAPPEN 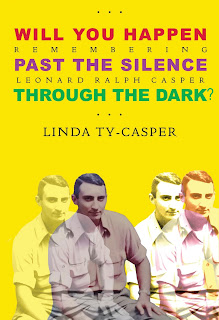 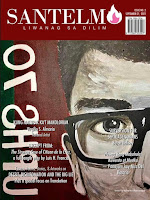 Will You Happen, Past the Silence, Through the Dark: A Life in Letters

To write an analysis “so candid as to seem uncaring”.

I’ve read that line in In Burning Ambush: Essays 1985-1990, my first and, regrettably, only introduction to the works of author Leonard Casper. I had stumbled on a copy in a secondhand section of a bookstore whose name I cannot now recall, for a price much too bargain-basement for its hidden gems.

Casper, it would be safe to say, was one of my earliest influences in writing the essay. It’s a station he continues to share with four other authors whose nonfiction prose have nourished me in the early years: Alfred “Krip” Yuson, Sylvia Mayuga, Rosario Garcellano, and National Artist for Literature Cirilo Bautista.

They are my core encouragements, my pentangular spurs to a career spun across close to 40 years. But it was Casper who has, to this day, remained but a mere shadow, until Cecilia Brainard (author of When the Rainbow Goddess Wept and The Newspaper Widow, among others) requested that I look into a manuscript Linda Ty-Casper has written on her husband, Len.

In the Preface, Linda Casper writes:

“This book is the Memoir that Len did not get to write. But the letters he wrote actually are his Memoir, evoking a life, the work that nurtured that life, the yearning for meaning that led to the creation of that essential self through his writings – plays, poems short stories, critical essays; through his planting trees and shrubs along the Sudbury River where we lived for over 60 years; through the carefully chosen trips to reconnect with memory and realize dreams. Len chose a life and a world in which to live it; became who he wanted to be.”

Will You Happen, Past the Silence, Through the Dark: Remembering Leonard Casper begins as any good memoir ought to start: a controlled snapshot of a moment in time, shaped in ways that only a seasoned storyteller can:

“First, in a box of old pictures, there was the photo I don’t recall seeing: Len against a field, dated 1952. It could not have been taken in the Philippines, since he came in 1953, a month after Nanay, Gabriela Paez Viardo, my grandmother died, so they never met. They would have liked each other. Nanay told stories of the revolution against Spain, the war with the Americans; saying, ‘Someone should write these stories.’”

My being lured into the story was instantaneous. All it took was a sense of mystery, of a time and a photograph less likely to have any value to the reader save for its undying historicity. Talk of revolution, of war, of the colonials, of grandmothers holding long-kept secrets, were always a matter of great expectations to me story-wise. It reminded me of a memoir penned by my Latin American favorites, Gabriel García Márquez, in particular, whose little more than personal accounts of his life seeded much of his fiction.

Linda Ty Casper’s inclusion of the correspondences by Leonard Casper was everything but a dry recollection of now irrelevant thoughts. In fact, I find them significant in a memoir largely focused on the author’s writing life. Linda Casper writes:

“This recollection of Len’s life, overlapping at times, is a rumination. The letters show a life lived not in the isolation of academe, but one ever opening into fullness: countless connections that deepened into an inner life which shaped the work, enriched daily existence: perhaps, what continues into eternity, endless time, and timeless space.”

Leonard’s exchanges with American poet and literary critic Robert Penn Warren were so forthright and honest that any writer who would read them, and look back at his or her own life, may find necessary comfort in Leonard’s words:

“I have had a novel and a book poetry rejected too many times to care for wishful thinking. But these are the facts and I’m sure you can be even more unimpressed by them than I…” (March 10, 1953).

Without falling into the temptation of being a spoiler, I quote here Warren’s letter to Casper five years later in 1958: “Dear Mr. Casper, Yes, I have learned that Random House will not do your book – through I know that Erskine was greatly impressed by your quality as critic and writer. I imagine that it is the sort of thing which a university press will have to do – and what’s wrong with that?”

The choice of the right publisher and timing do come into play when thinking of publishing a book, and by August, Warren’s words proved him right. The University of Washington had finally agreed to come out with Leonard Casper’s book.

Leonard Casper would later write of Warren – in his book Robert Penn Warren: The Dark and Bloody Ground (Ford Foundation / University of Washington Press) – and bring to fore such ideas that people today need to hear:

“Violence is read not as melodramatic gesture but sometimes as the ironic outcome of attitudes of self-appointed innocents, those who elect themselves by self-righteous damnation of other; and always as the living shape of mutable identity / Warren does not share the Jeffersonian myth of human perfectibility; but everything he has ever written defends a faith in the possibility of human redemption, through acceptance of responsibility for one’s acts, even those long past, and vicariously for the acts of others.”

What, to me, remains intriguing was Leonard Casper’s withdrawal from a scholarship awarded by the Fulbright Committee and the Institute of International Education. The letter dated August 1, 1949 was heartbreaking to read, but simultaneously liberating for one reason: the possibility and presence of an honest man.

“Someone who deserves it more and who can benefit others and himself more by it, has the scholarship now… I think my greatest regret in having to refuse the Fulbright scholarship lay in the knowledge that it would be sort of a betrayal of those who had recommended me. I hope that you will forgive me for being honest too late.”

Leonard Casper, for everyone’s information, taught at the University of the Philippines and Ateneo de Manila, including Philippine Normal College. His last visit to the country was in 1996 where he presented a paper at the Bicentennial of the Philippine Revolution in Manila. His stay had opened doors for him to build personal relationships with many a Filipino author, including Silliman University’s Edilberto and Edith Teimpo. Where friends find comfort in each other’s encouragement, in the world of letters, such “encouragements” between friends come sometimes in rather harsh tones. Edilberto Tiempo’s letter to Leonard Casper dated January 26, 1974 was indicative of the candor friends in the literary community enjoy:

“Do you have a review of To Be Free?... I’m interested in your opinion especially because you were quite harsh on my first two novels. Frankly, Len, I couldn’t read any edition of Watch in the Night (or Cry Slaughter by Edilberto Tiempo), I have been embarrassed by that novel.”

Will You Happen, Past the Silence, Through the Dark: Remembering Leonard Casper is a treasure trove of charms and jewels for those like me who find Leonard Casper a bit of a cryptic, enigmatic figure. Linda Ty-Casper has done a great service by shedding light on Len’s memory, allowing us a voyeur’s look into a life dedicated to the magic and unease found in letters.

I am sure this book will remain relevant for decades to come. 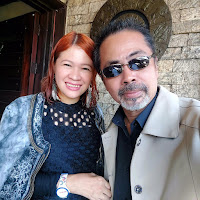 BIO: Joel Pablo Salud is a Filipino author and columnist. He writes for the Philstar Life, Rappler, San Anselmo Publications, Inc, among others. He is a member at Unyon ng mga Manunulat sa Pilipinas, was former member of the Manila Critics Circle, former chair of the Writers in Prison Committee of PEN Manila and was former Editor-in-Chief at the Philippines Graphics.

You can find Joel Pablo Salud and Anselmo Publications Inc in Facebook and other social media.  The photo shows him with his wife.