Thanks to Cebuano Kabilin (Instagram) for these old news clippings about the Cuenco and Manguerra familikes and other related articles. In this blog, I will post the articles about the Manguerra Family, my father side.

Here is another blog site with news clippings of the Cuenco Family: https://cbrainard.blogspot.com/2022/10/old-news-clippings-mariano-cuenco.html 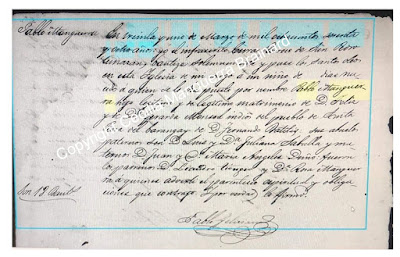 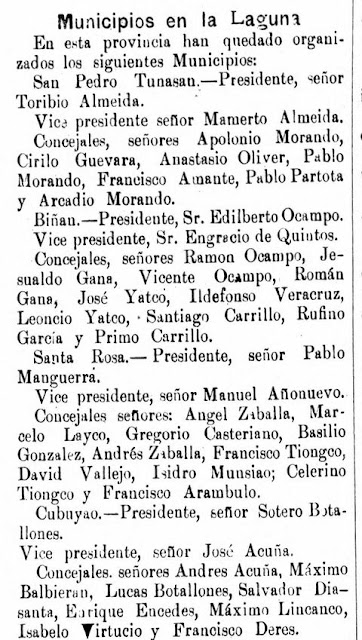 Mariano Manguerra president of the Filipino Association in Valparaiso University, The Torch Oct. 5, 1917 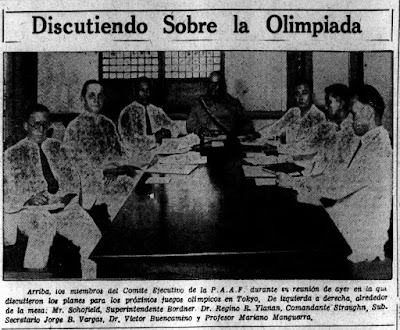 My father, Prof. Mariano Manguerra was a member of the Executive Committee of PAAF (an athelitic group) ~ La Vanguardia, March 8, 1930 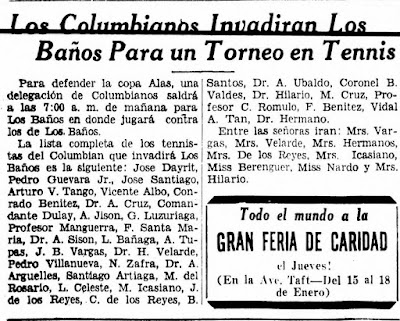 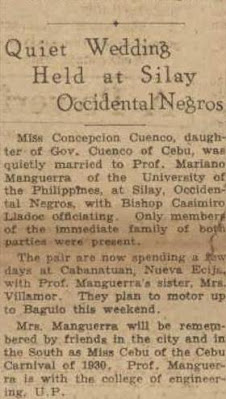 Mariano Manguerra and Concepcion Cuenco Wed - The Tribune, May 13, 1934 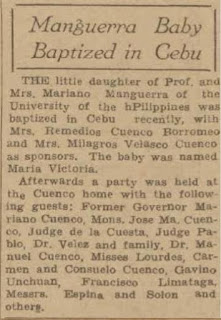 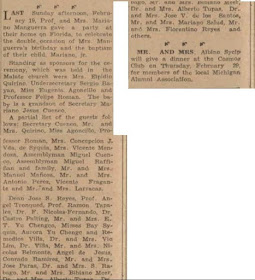 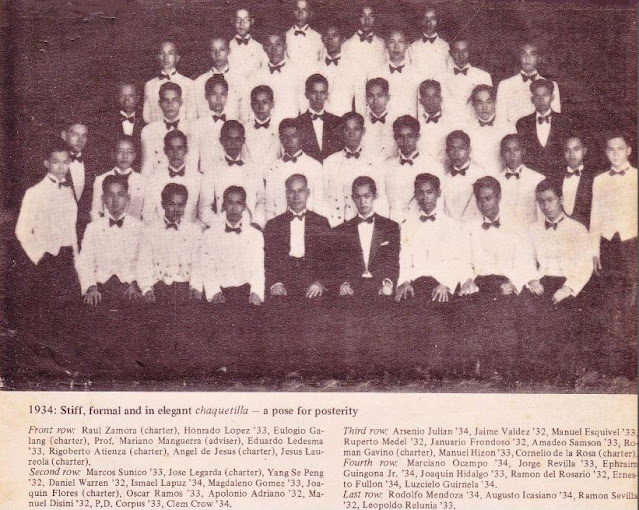 It was Acting Mayor Mariano Manguerra that approved City Ordinance No. 47 on May 23, 1947. The ordinance was entitled "An Ordinance Prohibiting the Installation and use of Loud Speaker connected with cinematograph, theater, show houses, etc. or operated by business establishment as a medium of advertisement."

The resolution was enacted by the Municipal Board of Cebu on May 16, 1947 and authored by Councilor Filemon R. Zapanta. The purpose of the prohibition of the loudspeakers was to avoid causing nuisance to the public or unnecessary inconvenience of any kind which may be affected by such installation..."
Full article here: https://www.philstar.com/the-freeman/opinion/2016/12/19/1654874/engr-mariano-f-manguerra-cebu-city-acting-mayor
tags: Santa Rosa Laguna history, Santa Rosa Laguna politics, Cebu history, Cebu society, Cebu culture, Cebuano history, Philippine genealogy